Before I began my career as a photographer, I owned and operated a small, Michigan Avenue advertising and public relations agency. We did business-to-business and business-to-consumer advertising. During that time I worked with and hired actors and models for the ads and TV commercials we created and produced.

I would art direct many of these shoots myself. This experience taught me the methods that work and the ones that do not. During the casting process, which always began by going over headshots and comps, I acquired an skill for reading them to find the right people for the part. I also talked to many of them and got their ideas and experience about getting cast and not getting cast for parts they were seeking. I learned a lot from this and also became sympathetic to the ordeal actors and models sometimes have to go through.

There were also many times when I would talk to agents, coaches, and casting directors to get their opinions on what an actor’s headshot should look like and what it should accomplish. I spent a lot of time, particularly in LA, working with and socializing with these people, and getting their input on working with talent. Once again I learned a lot from this. What I heard was all over the board and opinions diverged quite a bit, but there were commonalities, things almost everyone agreed on. I made these the bedrock of my work.

What We Do – Our Services

How I Got Started 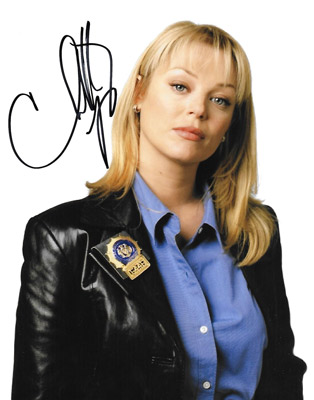 I had a small advertising and PR agency in downtown Chicago. I started hanging around with a couple of the models I hired for a Panasonic Car Stereo ad and with some of their friends. I wanted to get good at shooting them, but hadn’t actually decided to turn pro.

They would show me the pictures they were doing with photographers and we would make trips to the magazine store to hunt for tear sheets, i.e. pages of magazines with their pictures in them.

At the time I didn’t realize what was happening to me as I looked at the pictures in model portfolios and fashion magazines. I was developing a visual aesthetic and deep appreciation for the beauty and communicative value of images.

I had a serious education in music and pure mathematics, so you could say I’ve been engaged with beauty my whole life. But this was different or at least the same passion in a different dimension.

I underwent a rigorous self-training course in photography for a couple of years before that, mostly to take pictures of my girlfriend. I had no intentions of turning pro. The advertising I was creating was satisfying and profitable. But when I got involved in the world of fashion modeling, I wanted to participate on a deeper level and use the photography skills I had developed.This was an almost unheard of move. Advertising creatives don’t often go into photography. They consider it production and a downward move.

Nevertheless I jumped in enthusiastically. I was paid back by interesting experiences, awesome relationships, and traveling around the world.

I remember my first actor headshot. I had art-directed headshots of many executives and shot fashion and beauty headshots for many models, but this was new.

My first subject was Charlotte Ross. I met her in a gym on a Saturday morning where we were both working out. I liked her look and told her I would like to shoot her. I gave her my advertising card and told her to call if interested.

A few days later I got a package in the mail. She included some photos, a resume, and a really nice letter. She was on a reality TV show but otherwise hadn’t done much in the business. She was 18 and represented by Shirley Hamilton, for many years the best talent agency in Chicago.

I was still working at the ad agency and hadn’t yet opened my first professional studio. So we shot in my home studio. We did a few different looks and got a lot of really great shots that she and her agent liked. With the help of her agent, she picked some out to print. These shots of Charlotte was the first time I had shot someone serious about acting. In the following years it was thrilling to see Charlott’e cute face grace the screen in several movies and many TV series.

Since that time I’ve shot headshots for thousands of actors and models in Chicago, LA, NYC, and Miami. In a field that’s always changing, I always tried to keep up with the standards and expectations of the industry. One was to do this was to talk to coaches and casting agents.

In a small-world story, one of the casting agents I befriended in LA had cast Charlotte Ross, my first actor client, for small parts and later for a lead in NYPD Blue.

Working with actors ranging from total beginners to seasoned pros was a learning process. I picked up techniques and strategies for getting great results and I pass this on to newbies who need a helping hand in the beginning. And it’s rewarding to do so.

Here’s the biggest thing I’ve learned. It’s rarely discussed. Many areas of people photography, and shooting headshots in particular, is much more about psychology than it is about photography. At my level of experience, the photography comes naturally without thought. It’s the psychology that is my main focus. My subject’s psychology, my psychology, and the viewer’s psychology.

I’ve trained many assistants. I could teach them all the photography they need in a day and many of them, even with degrees from good photography programs need it. But teaching them the psychology they need to work well with people, this could take a lifetime.